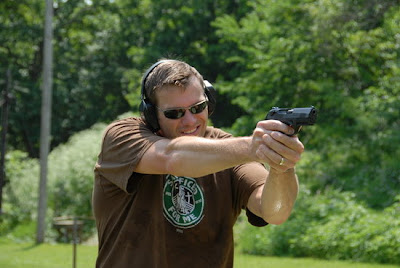 I originally posted this at the AILA Leadership Blog.

The next goal of the anti-immigration crowd is to eliminate what some call “birthright” citizenship. This is a derogatory way of saying the following: If you are born in the United States, you are a citizen by right of birth in the United States. This was not always the case in America, at least as it applied to African Americans or Native Americans. It took the Civil War, and the 14th Amendment, to ensure that anyone born in the United States “and subject to the jurisdiction thereof” is a United States Citizen. Have no doubt about it, despite what you will read below, the anti-immigrant movement, including folks like new Arizona Senate President Russell Pearce, and new Kansas Secretary of State Kris Kobach have plans in the works to try to destroy this fundamental and well settled constitutional issue. For folks like Pearce and Kobach (see the picture above from his campaign website) the overriding concern is not the rule of law (if it were they would follow the law), rather, their concern is purging the United States of immigrants and if that means trying to overturn 130 years of Supreme Court precedent, so be it.

Since at least 1994, when Congressman Bob Stump (R-AZ) filed H.R. 3862 calling for, among other things, an end to “birthright” citizenship, the anti-immigration crowd has been championing the idea that the 14th Amendment does not mean what it says. The “anti-birthers” argue that somehow, a U.S. born child is born of a mother or a father who was NOT “legally” in the United States is therefore not a citizen because their parents are somehow “not subject to the jurisdiction” of the United States. Some of these anti-birthers go so far as to claim that the Supreme Court has only on one occasion, and that in footnote, discussed the meaning of “subject to the jurisdiction thereof.” The problem with a lie (among other issues) is that if you tell it often enough some folks will believe it is the truth. That is the reason that websites like www.snopes.com exist, to try to dispel myth and rumor from factual and supportable truth.

Well to help you out (and possibly steer some of our Congressman and Senators from the precipice of irrationality on this issue) let’s look at what the “subject to the jurisdiction thereof” means in the context of the 14th Amendment to the United States Constitution.

First, a little history lesson. One of the first acts of Congress, after the adoption of the Constitution, was the passage and signing into law of the Naturalization Act of 1790, a copy of which is framed in my lobby. As noted in Wikipedia:

This law limited naturalization to immigrants who were “free white persons” of “good moral character”. It thus, left outindentured servants, slaves, free blacks, and later Asians. While women were included in the act, the right of citizenship did “not descend to persons whose fathers have never been resident in the United States….” Citizenship was inherited exclusively through the father.

In order to address one’s “good moral character,” the law required two years of residence in the United States and one year in the state of residence, prior to applying for citizenship. When those requirements were met, an immigrant could file a Petition for Naturalization with “any common law court of record” having jurisdiction over his residence asking to be naturalized. Once convinced of the applicant’s good moral character, the court would administer an oath of allegiance to support the Constitution of the United States. The clerk of court was to make a record of these proceedings, and “thereupon such person shall be considered as a citizen of the United States.

So, prior to the Civil War, white people of good moral character were considered citizens of the United States. Beyond that rules on U.S. citizenship were, at best, haphazard.

Second, under universally accepted rules of statutory and constitutional construction, we must consider the “plain meaning” of the words used, when they were used. “[S]ubject to the jurisdiction thereof” meant, in 1866:

to exclude, by the fewest and fittest words (besides children of members of the Indian tribes, standing in a peculiar relation to the national government, unknown to the common law), the two classes of cases,- children born of alien enemies in hostile occupation, and children of diplomatic representatives of a foreign state,-both of which, as has already been shown, by the law of England and by our own law, from the time of the first settlement of the English colonies in America, had been recognized exceptions to the fundamental rule of citizenship by birth within the country. Calvin’s Case, 7 Coke, 1, 18b; Cockb. Nat. 7; Dicey, Confl. Laws, 177; Inglis v. Sailors’ Snug Harbor, 3 Pet. 99, 155; 2 Kent, Comm. 39, 42.

Quite clearly, the phrase “subject to the jurisdiction thereof” has long worked to exclude only the children of diplomats and native Americans who were members of sovereign nations. Everyone else born in the United States is a U.S. citizen by birth. Period. .

Third, and finally, the Supreme Court clearly and definitively ruled on the full and entire meaning of the 14th Amendment in U.S. v. Wong Kim Ark in 1898, over 110 years ago! In that case, the court considered whether:

For the reasons above stated, this court is of opinion that the question must be answered in the affirmative.

U.S. v. Wong Kim Ark, 169 U.S. 649 (1898). Mr. Ark, and the Supreme Court, have long ago resolved this question for us. Children born in the United States whose parents are not officially working on behalf of a foreign government are STILL United States Citizens.

The proverbial “Rule of Law” standard espoused by the anti-birther movement would seem to stop these folks in their tracks. But, the anti-immigration, anti-birther movement will not be stopped by law, logic or by fact. Nonetheless, besides being good public policy, it is good to know that the law is already crystal clear, and that no act of Congress is going to change what the Constitution says. As of yet, the anti-birther movement is still a small minority and does not have the power to adopt or pass the Constitutional Amendment necessary to strip citizenship away from U.S. born children. After all, and as noted by the Supreme Court in 1898, we fought a Civil War over this issue.