U.S. Citizenship and Immigration Services (USCIS) announced on July 29 a final rule to expand the provisional waiver process to individuals who meet the statutory requirements for immigrant visas, and whose family members are lawful permanent residents or U.S. citizens. 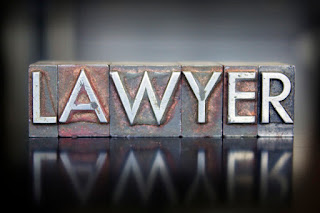 According to USCIS, the purpose of the provisional waiver process is to encourage family unity. It enhances administrative efficiency and makes it easier for eligible individuals to complete immigration processing while they are abroad and away from their families.
The final rule is an extension of a process that was established in 2013 to encourage family unity. It allowed eligible relatives of U.S. citizens to apply for provisional waivers of the unlawful presence grounds of inadmissibility, provided that the applicants’ U.S. citizen relatives would suffer extreme hardship if the waiver was denied.
If you would like to speak with an Atlanta deportation lawyer about family-based immigration, contact Kuck Immigration Partners. Charles Kuck will evaluate your situation and explain you and your family’s options for immigrating to the United States.
Call 404-816-8611 today to schedule a consultation. Until then, read on to learn more about the USCIS expansion of the provisional waiver process:
When Does the New Rule Go into Effect?
The final rule was announced on July 29 and goes into effect on Aug. 29, 2016. USCIS announced its intention to update its Policy Manual to explain how it determines “extreme hardship,” as this is an eligibility requirement for the provisional waiver application.
Before the new rule, it was only possible for spouses of U.S. citizens to apply for the provisional waiver before leaving the United States for processing of their immigration visas. The new rule extends eligibility to all individuals who are statutorily eligible for the waiver. Many of these individuals would have been denied the provisional waiver according to the original 2013 rule.
In order for the application for the provisional waiver to be successful, the applicant must prove that his or her lawful permanent resident or U.S. citizen parents or spouse would face “extreme hardship” if he or she could not return to the United States. Also, the final rule includes modifications to the Application for Provisional Unlawful Presence Waiver (Form I-601A). The modifications will be enacted with the final rule, and the new form will be available on the USCIS website hereon Aug. 29, 2016.
If you intend to apply for the provisional waiver under the new rule, then you should not submit your application until the rule goes into effect on August 29. Otherwise, your application will be denied by USCIS.
If you have questions about family-based immigration, contact Kuck Immigration Partners. Charles Kuck will evaluate your case and explain your legal options. Mr. Kuck is the former National President of the American Immigration Lawyers Association (AILA) and the former President of the Alliance of Business Immigration Lawyers (ABIL).
Our firm has filed and won hundreds of provisional waiver cases over the last 3 years.  We also represent people in the defense of ICE I-9 audits and Department of Labor (DOL) Audits. Call 404-816-8611 today to schedule a consultation with an immigration attorney in Atlanta.