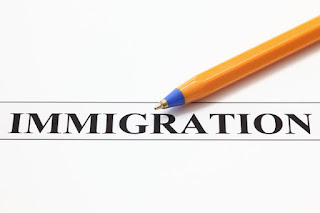 Here are a few examples of such crimes:
·         Crime of moral turpitude (theft, assault, bribery, shoplifting, etc);
·         Controlled substance violation (simple drug possession or greater drug related offenses);
·         Being convicted of two crimes for which the applicant served at least five years total in prison;
·         Drug trafficking;
·         Prostitution or the importation of prostitutes;
·         Violations of religious freedom if the applicant served as a government official in a foreign country;
·         Human trafficking;
·         Committing an aggravated felony; or
·         Money laundering.
Options for People Who Were Found Inadmissible to the United States
Just because Customs and Border Protection or U.S. Citizenship and Immigration Services found you or your loved one inadmissible does not mean that you are without options. For example, if you have a communicable disease that is curable or that was incorrectly diagnosed, then you may be able to overcome your inadmissibility. In some cases, the U.S. government makes a mistake and wrongfully finds a person inadmissible.
If CBP or USCIS found that you or your family member was inadmissible, turn to Kuck Immigration Partners. Charles Kuck is an immigration attorney in Atlanta who will evaluate your case and explain your legal options.
Mr. Kuck is the past National President of the American Immigration Lawyers Association (AILA) and the past President of the Alliance of Business Immigration Lawyers (ABIL). Schedule a consultation today by calling 404-816-8611.