The United States Congress introduced the EB-5 visa program in 1990 to stimulate economic growth by encouraging investments from foreign entrepreneurs. The EB-5 visa is available to immigrants who invest in a new commercial enterprise or regional center. 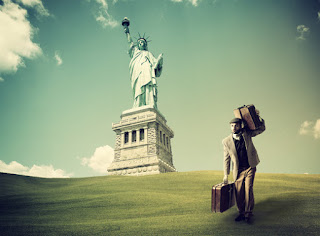 In order to obtain an EB-5 visa, the immigrant must invest at least $1 million in a new commercial enterprise. Alternatively, the immigrant could invest $500,000 in a Targeted Employment Area.

If you would like to petition for an EB-5 visa, contact Kuck Immigration Partners. Charles Kuck is an employment visa attorney in Atlanta who will answer your questions, explain the eligibility requirements of the EB-5 visa, and help you gather the necessary documentation to prove your eligibility. Schedule a consultation today by calling 404-816-8611.

What Is a “Targeted Employment Area?”

As previously stated, the minimum capital investment requirement is only $500,000 if the foreign national invests in a Targeted Employment Area. This is either an area with a high unemployment rate or a rural area.

U.S. Citizenship and Immigration Services defines a rural area as a region that is outside the boundary of a city or town with a population of at least 20,000 based on the decennial census. Alternatively, a region may be considered a rural area if it is located outside of a “metropolitan area” according to the Office of Management and Budget.

A high unemployment area is a region that has an unemployment rate that is at least 150 percent the national average rate.

What Is a “New Commercial Enterprise?”

USCIS defines a new commercial enterprise as a business that:

What Qualifies as a “Capital Investment?”

The following may be considered capital according to the EB-5 visa program:

• Inventory;
• Equipment;
• Cash;
• Cash equivalents;
• Tangible property; and
• Indebtedness that the foreign investor secures with assets, as long as the investor is primarily and personally liable and the assets of the commercial enterprise are not used to secure the indebtedness.

The value of capital will be determined by the fair-market value in U.S. dollars. Any assets obtained by unlawful means – either directly or indirectly – will not be considered capital. The foreign national cannot use borrowed assets or money as capital for the EB-5 visa program.

If you would like to petition for an EB-5 visa, it is highly advisable that you consult an immigration lawyer. If you do not provide the necessary documentation or make a mistake on your application, then it is likely that your petition will be denied.

Charles Kuck is an immigration lawyer in Atlanta who will answer your questions and guide you through the EB-5 petition process. Call 404-816-8611 today to schedule a consultation.