The H-1B visa program was introduced to enable U.S. companies to hire highly skilled immigrants with specialized knowledge. This year, several bills have been proposed that would reform the H-1B program and encourage businesses to hire U.S. citizens rather than immigrants.
One of these bills is the H-1B and L-1 Visa Reform Act. According to CNN, the bill was originally introduced in 2007 by Senators Dick Durbin and Chuck Grassley. It was reintroduced in January this year.
If passed, the legislation would prevent companies from replacing American employees with H-1B or L-1 visa holders. It would also prevent large companies with more than 50 employees, half of whom are L-1 or H-1B visa holders, from hiring more employees through the H-1B visa program. Further, the bill would eliminate the green card lottery system and give visa priority to foreign students who were educated in the United States.
Advocates of the bill say that it would improve the U.S. workforce by giving priority to immigrants with advanced degrees in a field of science, technology, engineering, or mathematics (STEM). Currently, immigrants can qualify for an H-1B visa based on work experience, but the bill would require that all H-1B visa holders complete a U.S. degree as a qualification for “specialty occupation” eligibility. 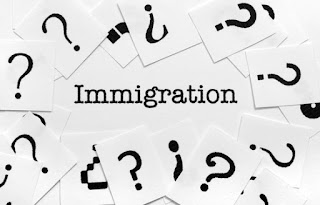 The bill reduces the six-year period of authorized admission for H-1B non-immigrants to three years. There is, however, the option to extend the admission period for three years if the alien is a professor, has an advanced degree, or demonstrates extraordinary ability.
This bill expands the Department of Labor’s authority to audit employers who sponsor L-1 and H-1B visas. It also establishes wage requirements for L-1 workers. Any company with more than 100 employees of whom 15 percent are H-1B non-immigrants would have to undergo a Department of Labor audit each year. If an employer is found to have violated an H-1B requirement, he or she will be liable to any harmed employee for lost wages and benefits.
If you own a business and you hire immigrants through the H-1B or L-1 visa program, it is imperative that you learn how the H-1B and L-1 Visa Reform Act could affect your company. If you would like to learn how to adapt your business to potential changes to U.S. immigration laws, contact Kuck Immigration Partners.
Charles Kuck is the past National President of the American Immigration Lawyers Association (AILA) and the past President of the Alliance of Business Immigration Lawyers (ABIL). He will evaluate your situation, answer your questions, and provide comprehensive legal guidance. Call 404-816-8611 to schedule a consultation with an immigration attorney in Atlanta.
How Can I Learn More about the H-1B and L-1 Visa Reform Act?
You can read the entire text of the bill by visiting Congress.gov. If you would like to learn how this bill and other proposed legislation could affect your company, contact Kuck Immigration Partners at 404-816-8611 to speak with an employment visa lawyer in Atlanta.