The Fairness for High-Skilled Immigrants Act of 2017 (H.R.392) was introduced by Congressman Jason Chaffetz (R-UT) on Jan. 10, 2017. The bill proposes several amendments to the Immigration and Nationality Act that would have profound impacts on U.S. employment visa regulations. 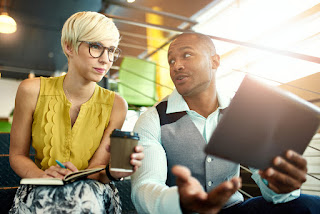 If passed, H.R.392 would eliminate the per-country cap on the number of employment-based immigrants, and it would increase the per-country cap for family-based immigrants from 7 percent to 15 percent of the total number of family-sponsored visas. Further, the bill would amend The Chinese Student Protection Act of 1992 to remove the provision that requires the reduction of yearly Chinese immigrant visas to offset adjustments of status under the Act.
H.R.392 is just one of several bills that have been introduced to Congress that would reform U.S. employment visa laws. If you own or manage a business that hires immigrants through the H-1B or L-1 visa program, it is critical that you learn how the proposed legislation could affect your company.
Several federal agencies, including the Department of Justice and U.S. Citizenship and Immigration Services, recently issued warnings to companies that abuse the H-1B or L-1 program and those that commit fraud. The DoJ has stated that it will vigorously prosecute violators who are not compliant with U.S. immigration laws.
If you need help navigating U.S. employment visa laws and ensuring that your company is compliant, contact Kuck Immigration Partners. Charles Kuck is the past President of the Alliance of Business Immigration Lawyers. He has the knowledge, experience, and resources to answer your questions and help you avoid accusations of fraud or abuse of the H-1B or L-1 visa program. Call 404-816-8611 today to schedule a consultation with an employment visa lawyer in Atlanta.
What Is The H-1B and L-1 Visa Reform Act of 2017?
The H-1B and L-1 Visa Reform Act of 2017 (S.180) proposes amendments to the Immigration and Nationality Act concerning the H-1B and L-1 visa categories. If passed, the bill would prevent U.S. companies from replacing American workers with H-1B or L-1 visa holders. Also, large companies with at least 50 employees, half of whom are L-1 or H-1B visa holders, could not hire more workers through the H-1B visa program.
The bill would eliminate the green card lottery system and give visa priority to foreign students who received their education in the United States. It would also require all H-1B visa holders to complete a U.S. degree as a qualification for “specialty occupation” eligibility.
The bill would reduce the six-year period of authorized admission for H-1B non-immigrants to three years, with an option to extend the admission period for three years under certain circumstances. S.180 would also expand the Department of Labor’s authority to audit employers who sponsor L-1 and H-1B visas.
Although these bills have not yet been signed into law, it seems that U.S. employment visa reform is inevitable. Companies that hire immigrants through the L-1 or H-1B program would be wise to plan ahead so they can remain compliant and avoid accusations of fraud and abuse of employment visa programs.
If you need legal assistance with an employment visa matter, contact Kuck Immigration Partners. Charles Kuck has more than 26 years of experience as an immigration attorney, and he has the knowledge and resources to help you navigate U.S. immigration laws. Call 404-816-8611 to schedule a consultation with an immigration attorney in Atlanta.