On April 18, President Trump signed an executive order that initiated a government-wide review to bolster the “Hire American” and “Buy American” directives. According to Market Watch, the review process will last 220 days and may lead to new legislation and additional executive orders that target immigration reform.   The reality is, however, that he order itself is a big nothing.  The agencies were already reviewing changes to the H-1B and other other programs. This Executive Order is nothing more than publicity meant to cause concern among those who use the program, and to embolden those who oppose it. 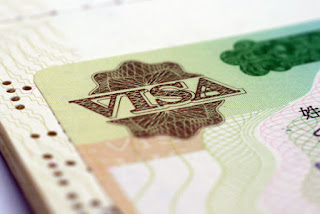 While the Executive Order’s  supposed primary focus of this review will be to investigate alleged “abuse” of the H-1B visa program and to identify ways to stop companies from replacing American employees with lower-cost immigrant workers. Yet, The executive order does not outline any definitive changes to the H-1B program; rather, it instructs the Attorney General, Secretary of Labor, Secretary of State, and Secretary of Homeland Security to issue new guidance and propose new rules to ensure “the integrity of the immigration system in order to ‘Hire American’.”  For any real effective change, Trump will need congressional permission and statutory changes, not regulatory fixes and empty executive orders.
In addition, The Department of Justice recently announced its intention to ramp up investigations into companies that hire H-1B and L-1 workers. If your company hires workers through the H-1B or L-1 visa program, it is critical that you ensure that your hiring processes are compliant with U.S. immigration laws.
Charles Kuck is an employment immigration lawyer in Atlanta who can evaluate your situation and provide comprehensive legal guidance. Call 404-816-8611 to schedule a consultation at Kuck Immigration Partners.
Are U.S. Companies Really Paying H-1B Workers Less Than American Employees?  No!
Researchers from Glassdoor recently evaluated a sample of 58,025 salary offers for more than 100 jobs on H-1B visa applications in fiscal year 2016. According to the data, H-1B workers earned more than American employees in about half of the jobs examined; however, H-1B workers earned significantly less than their American counterparts in certain occupations. These included financial analyst, data scientist, and software engineer. In fact, the salary difference for software engineer jobs was 17 percent in some cities.
Despite these outliers, the researchers concluded that H-1B workers usually are not paid less than American employees. This finding is consistent with a 2011 study conducted by the Institute of Labor Economics. The result is unsurprising since current U.S. immigration laws require companies to pay H-1B workers a salary that is at or above the “prevailing wage” for similar jobs.
Employment visa reform seems inevitable, and companies that intend to continue hiring immigrant workers must adapt their compliance systems or risk accusations of fraud and abuse of the H-1B and L-1 visa programs. If your company hires workers through the H-1B or L-1 program, contact Kuck Immigration Partners for legal guidance. Call 404-816-8611 to schedule a consultation with an immigration attorney in Atlanta.