When Immigration and Customs Enforcement suspects that a person is an undocumented immigrant, it can issue a “detainer request” to law enforcement officers, which is essentially a request to hold the person in a local jail until ICE officers can arrive. The purpose of this procedure is to remove undocumented immigrants who have committed criminal offenses from the country, but opponents argue that under certain circumstances, it violates people’s Fourth Amendment rights. 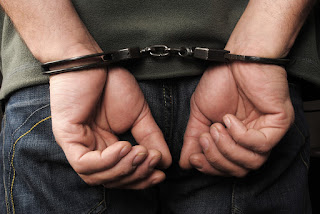 Some law enforcement officers, such as Travis County Sheriff Sally Hernandez, have chosen to ignore detainer requests unless a suspect faces serious felony charges. In 2014, the Third Circuit Court of Appeals ruled that ICE detainers were voluntary.
Texas, however, is located in the Fifth Circuit, and on April 27, it became the first state to pass a bill that requires law enforcement officers to honor ICE detainer requests. That means officers like Sheriff Sally Hernandez who deny detainer requests could be charged with a Class A misdemeanor.
Whether other states will follow suit and pass similar laws is a matter of speculation.
Charles Kuck is an immigration attorney in Atlanta who can answer your questions and provide comprehensive legal guidance. Call 404-816-8611 today to schedule a consultation at Kuck Immigration Partners.
ICE Mistakenly Issued 834 Detainer Requests for U.S. Citizens between 2008 and 2012
Opponents of Senate Bill 4 had plenty of reasons to express their dissent. In addition to the assertion that detainer requests are unconstitutional, ICE has mistakenly issued hundreds of detainer requests for U.S. citizens. At least 83 of those requests were made in Texas.
According to Vice News, while state legislators debated Senate Bill 4, a crowd of community activists and undocumented immigrants chanted “Undocumented, unafraid!” in the Capitol’s rotunda. Despite their efforts, after 16 hours of debate, the bill passed along party lines with a 93-54 vote.
How Often Do Law Enforcement Officers Deny ICE Detainer Requests?
According to the Texas Tribune, local jails in the United States declined more than 18,000 ICE detainer requests over the last two years. In Texas, law enforcement personnel declined 146 ICE detainer requests between January 2014 and September 2015. That number was significantly lower than in California (11,171 denied ICE detainer requests) and New York (1,965).
Supporters of Senate Bill 4 argue that it encourages more consistency regarding the application of the law. They assert that it eliminates discretion and offers clarity to law enforcement officers.
If you would like to discuss your immigration concerns with an attorney, turn to Kuck Immigration Partners. Charles Kuck is an immigration lawyer in Atlanta who can answer your questions, evaluate your case, and provide comprehensive legal guidance.
Call 404-816-8611 today to schedule a consultation. If you would like to learn more about U.S. immigration laws, visit USAttorneys.com.