Federal investigators and local law enforcement agencies are now using cellphone snooping devices to find illegal immigrants. These cell-site simulator devices mimic cellphone towers. When phones connect to the device—which can be mounted on a police vehicle—it downloads information such as a history of numbers dialed and connected, the identification numbers of phones, and private messages.
Civil rights activists have condemned the use of the cell-site simulator, called Hailstorm, in the United States, arguing that it will inevitably lead to the oppression of people’s rights; however, a spokesperson from Immigration and Customs Enforcement advocated the use of Hailstorm during criminal investigations, calling it an “invaluable law enforcement tool.”
The Detroit News reported on the first public acknowledgement of the use of Hailstorm by federal agents. In March, the Federal Bureau of Investigation and ICE agents used the device to find 23-year-old Rudy Carcamo-Carranza of El Salvador. Carcamo-Carranza had been deported twice, and there were two warrants out for his arrest: one for a hit and run accident and another for drunk driving. 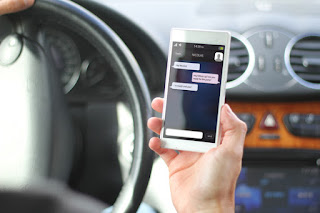 The use of cell-site simulators is yet another example of how the United States is cracking down on illegal immigration. If you or a member of your family is in the country illegally, it is crucial that you investigate possible paths to obtaining a green card.
Charles Kuck is an immigration attorney in Atlanta who will evaluate your situation, answer your questions, and provide comprehensive legal guidance. Call 404-816-8611 today to schedule a consultation at Kuck Immigration Partners.
How Did Agents Find Rudy Carcamo-Carranza?
In March, Homeland Security deportation officer Jeremy McCullough applied for a warrant to find Carcamo-Carranza’s cellphone. In the warrant, McCullough requested the use of a cell-site simulator. A U.S. Magistrate Judge approved the warrant.
Investigators discovered the approximate location of Carcamo-Carranza’s phone. The suspect was spotted on March 16. A search warrant was then obtained for the home where investigators saw Carcamo-Carranza, and they raided the home on March 23.
Carcamo-Carranza was arrested. According to court records, investigators found a fake green card that had Carcamo-Carranza’s picture, a phony Social Security number, and an alias name.
Carcamo-Carranza now faces charges that could send him to prison for 10 years. His trial is scheduled for July 11.
How Common Is the Use of Cell-Site Simulators?
Homeland Security and the Justice Department invested $95 million to purchase 430 cell-site simulators from 2010 to 2014. Most of these devices went to the FBI and Homeland Security. Local law enforcement agencies can obtain Hailstorm using terrorism prevention grants from Homeland Security.
In 2015, the Justice Department enacted a policy that required federal investigators to obtain a search warrant before using the device; however, this policy does not apply to local law enforcement agencies in most states.
If you or your loved one is in the United States are worried about deportation or removal, contact Kuck Immigration Partners to discuss your options. Call 404-816-8611 to schedule a consultation with a green card lawyer in Atlanta. You can learn more about U.S. immigration laws by visiting www.immigration.net