The EB-5 visa program was designed to stimulate the U.S. economy and to encourage job creation in rural and low-employment areas. Although the program has been effective, a recent report from Breitbart News identifies several cases of fraud related to the EB-5 program. 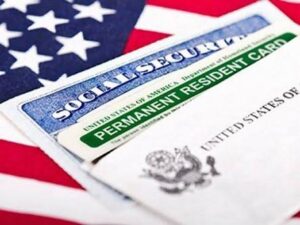 Reform has been elusive despite bipartisan efforts to reduce fraud. According to the news site VTDigger, Senators Patrick Leahy and Chuck Grassley recently testified before the House of Representatives regarding the various issues with the EB-5 program. Leahy, who had once championed the program, pointed out several potential improvements that could reduce fraud and abuse:
1.     Prevent the formation of Targeted Employment Areas through gerrymandering;
2.     Increase the minimum investment requirements;
3.     Adequately vet the funds invested through the EB-5 program;
4.     Ensure jobs created by the EB-5 program are verifiable; and
5.     Enhance federal oversight regarding the establishment of regional centers.
The EB-5 program has been reauthorized until at least September 30, which marks the end of the 2017 fiscal year. Whether the program will be reformed before that date or authorized to continue afterward is uncertain, but entrepreneurs who are interested in obtaining EB-5 visas would be wise to start the process sooner rather than later.
If you have questions about the EB-5 visa program, contact Kuck Immigration Partners. Attorney Charles Kuck will help you navigate the murky waters of U.S. immigration laws. Call 404-816-8611 to schedule a consultation with an employment visa lawyer in Atlanta.
Specific Reforms Proposed by Senator Patrick Leahy
Sen. Leahy has become a figurehead for EB-5 visa reform, but his efforts have yet to make the impact he has been vehemently pursuing. He tried to include reform language in the Senate’s immigration legislation in 2013, but it was not approved. In 2015, he and Sen. Grassley introduced The American Job Creation and Investment Promotion Reform Act, but it was stifled in the Senate Judiciary Committee.
The Act would have given the Department of Homeland Security the authority to terminate projects based on concerns related to fraud or public safety. Leahy plans to reintroduce the bill this year.
Leahy has also proposed an EB-5 Integrity Fund to pay for site visits and federal audits to detect fraud. His legislation would require regional centers to pay an annual fee to support the fund. The senator has also proposed mandatory background checks for regional center administrators and project developers.
Leahy has pointed out that only a small portion EB-5 investments—about 3 percent—goes to rural areas, which contradicts one of the primary reasons for the program’s creation. To address the problem, the senator proposes a new formula for establishing Targeted Employment Areas.
If you are interested in petitioning for an EB-5 visa, turn to Kuck Immigration Partners for legal guidance. Call 404-816-8611 to schedule a consultation with an immigration attorney in Atlanta.