With just eight days left in his administration, Barack Obama has introduced yet another profound change to U.S. immigration policies. President Obama has reversed the 1995 “wet foot, dry foot” policy that granted permanent residency to Cubans who reached the United States after they were in the country for a year and a day. 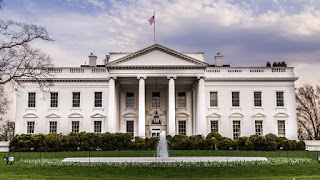 Effective immediately, Cubans who try to enter the United States illegally and do not qualify for humanitarian relief will be subject to removal. According to the Sun Sentinel, the move followed several months of negotiations between Cuba and the United States, and it is a stepping stone toward an end of hostilities between the two countries. 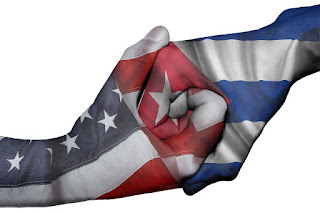 If you or a loved one is facing removal proceedings, contact Kuck Immigration Partners. There are a myriad of strategies available to fight or delay deportation proceedings. For example, you may qualify for asylum or withholding of removal, or even a stay of removal. The best way to learn your options is to discuss your case with an immigration lawyer.

Charles Kuck is an immigration attorney in Atlanta who will compassionately represent your interests. Call 404-816-8611 today to schedule a consultation. You can also visit USAttorneys.com to learn more about U.S. immigration laws.

Will the Reversal of “Wet Foot, Dry Foot” Survive the Trump Presidency?

Not All Cubans Are Unhappy with the Policy Change

Unsurprisingly, many Cubans were distraught after learning about the reversal of “Wet Foot, Dry Foot.” However, some of the older exiles are in favor of the decision. They assert that, while Cubans who fled the country decades ago were trying to escape political repression, younger Cubans who enter the United States are more motivated by economic interests.

According to the Miami Herald, at least 54,000 Cubans entered the United States through border points or by sea without visas in 2016, which makes the repeal of “Wet Foot, Dry Foot” arguably the most profound change to U.S. immigration policy during the Obama Administration.

Who Qualifies for Asylum in the United States?

As previously mentioned, the reversal of “Wet Foot, Dry Foot” will not affect Cubans who qualify for humanitarian relief. However, there are strict eligibility requirements that must be met in order to qualify for asylum. Just because a person has a general fear of dangerous conditions in a country or a person is involved in a private dispute does not mean that he or she qualifies for asylum.

However, you may qualify if you are unable or unwilling to return to your home country due to past persecution related to:

If you would like to find out if you or a loved one qualifies for asylum in the United States, contact Kuck Immigration Partners. Call 404-816-8611 to schedule a consultation with an immigration lawyer in Atlanta.